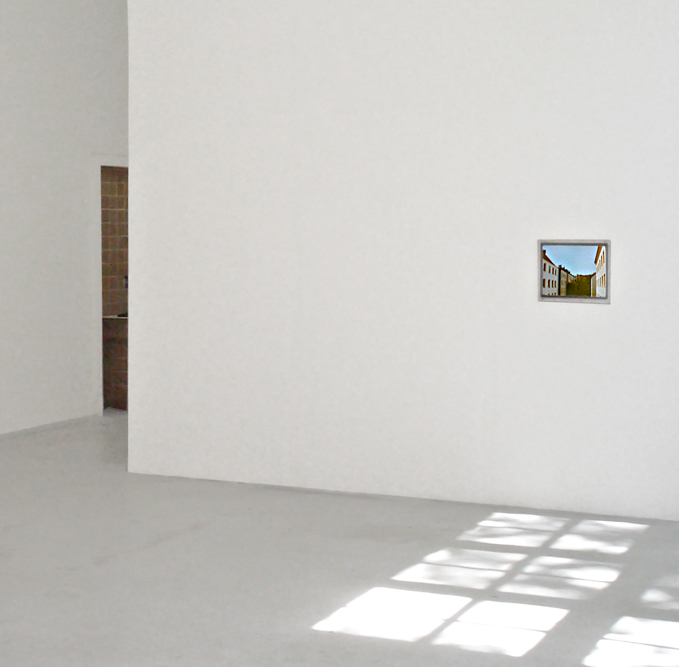 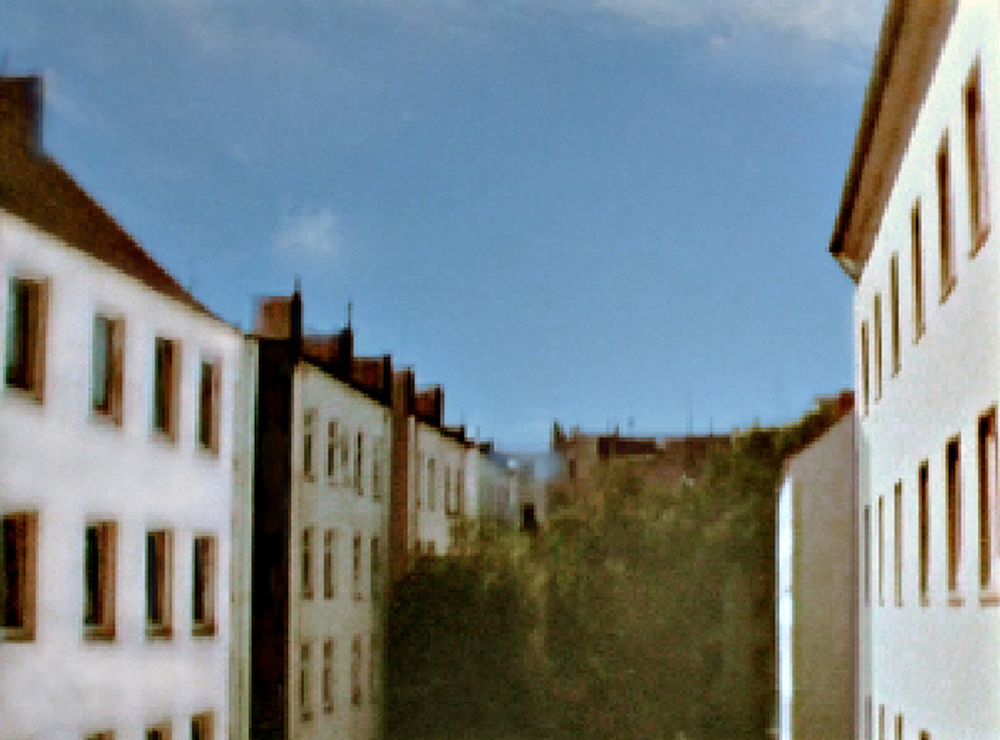 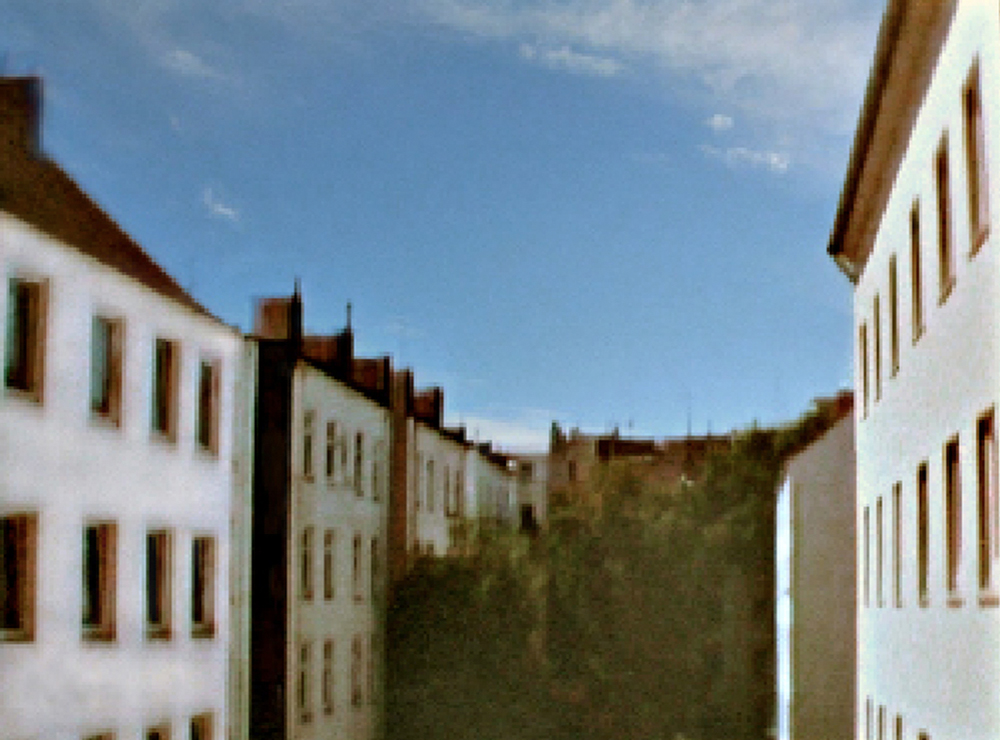 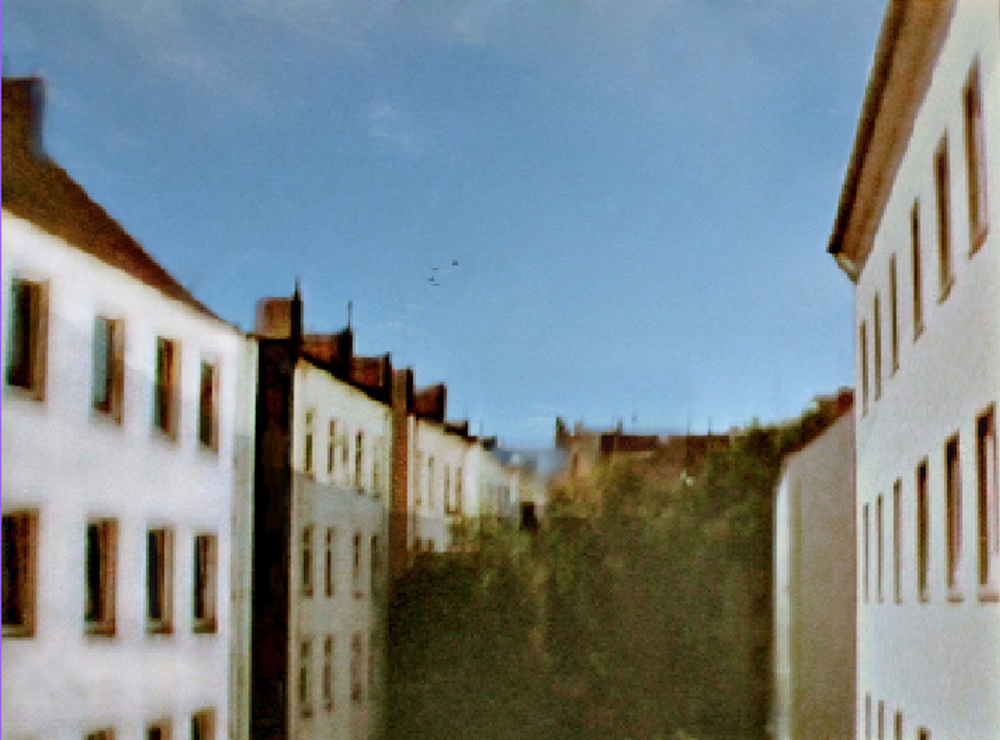 In 1826 Joseph Nicéphore Niépce exposed a glass plate for eight hours with the view of his courtyard. The print was the first photographic picture in history. For eight hours on July 23rd 2006, Stefan Alber transferred the view from his studio window, which was very similar to Niépce’s subject, into the exhibition space via webcam and a small monitor mounted on the wall. The livestream resembled a static image disrupted only by a few events now and then.