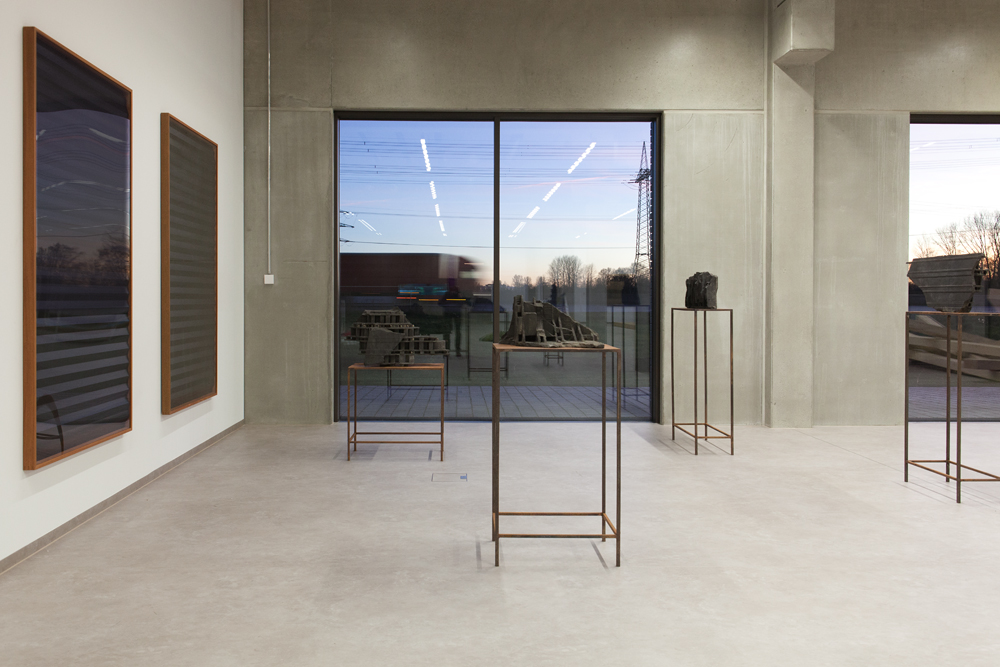 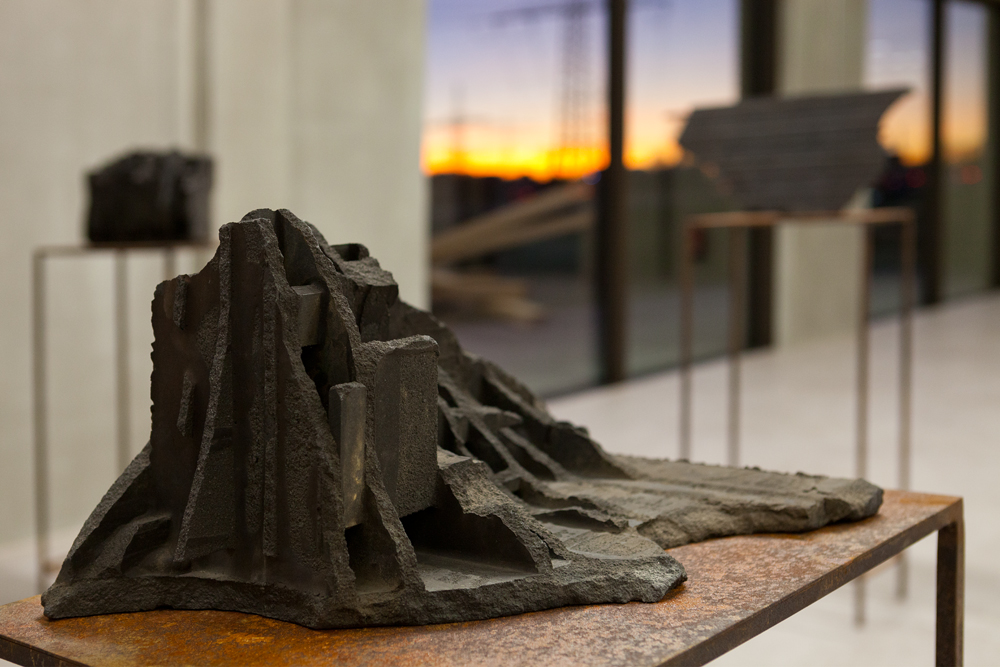 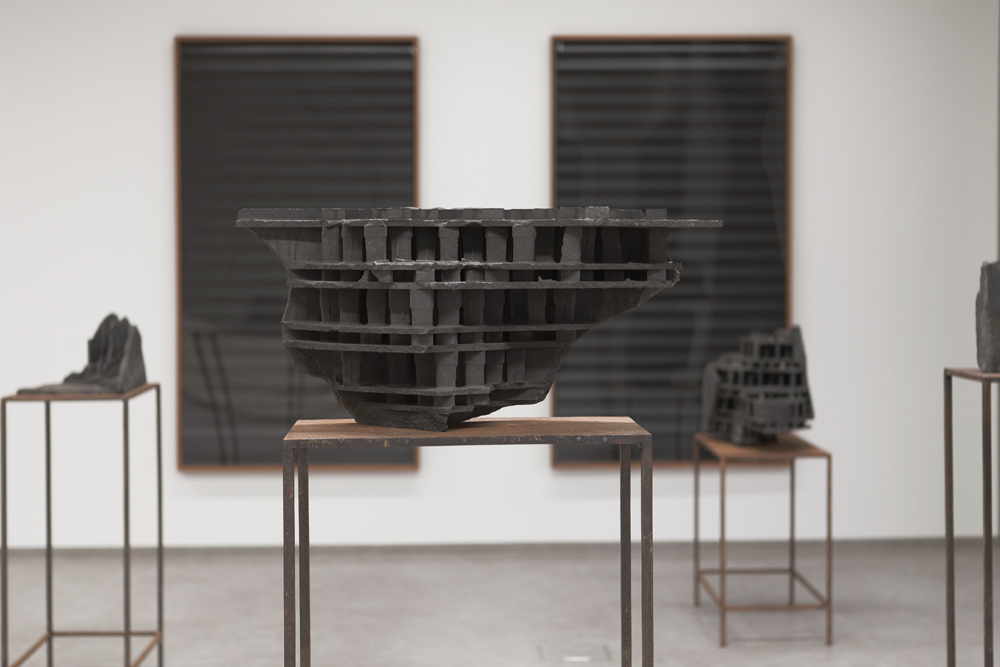 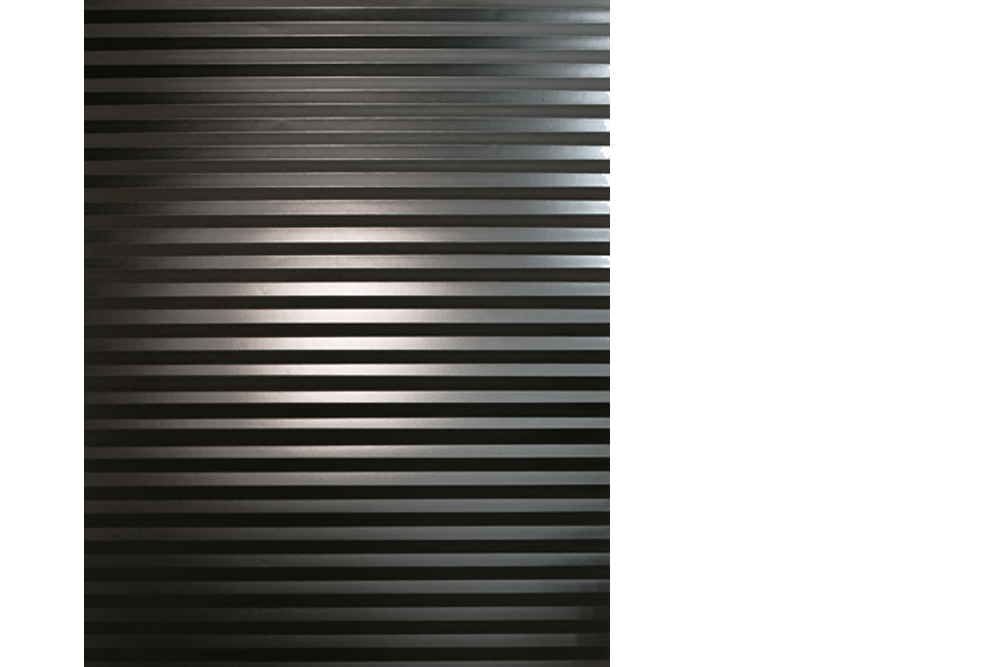 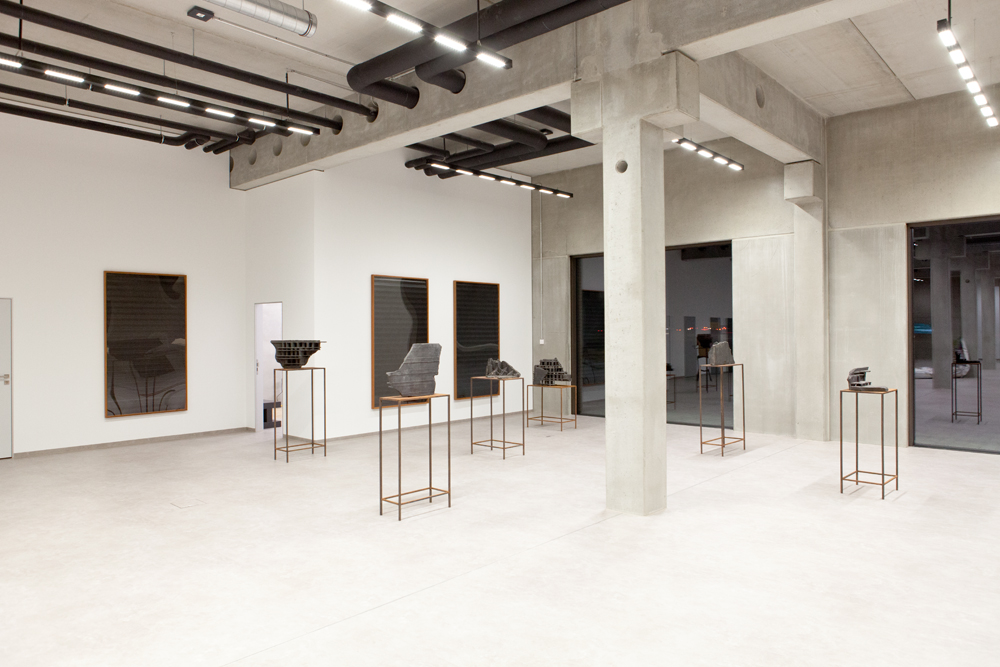 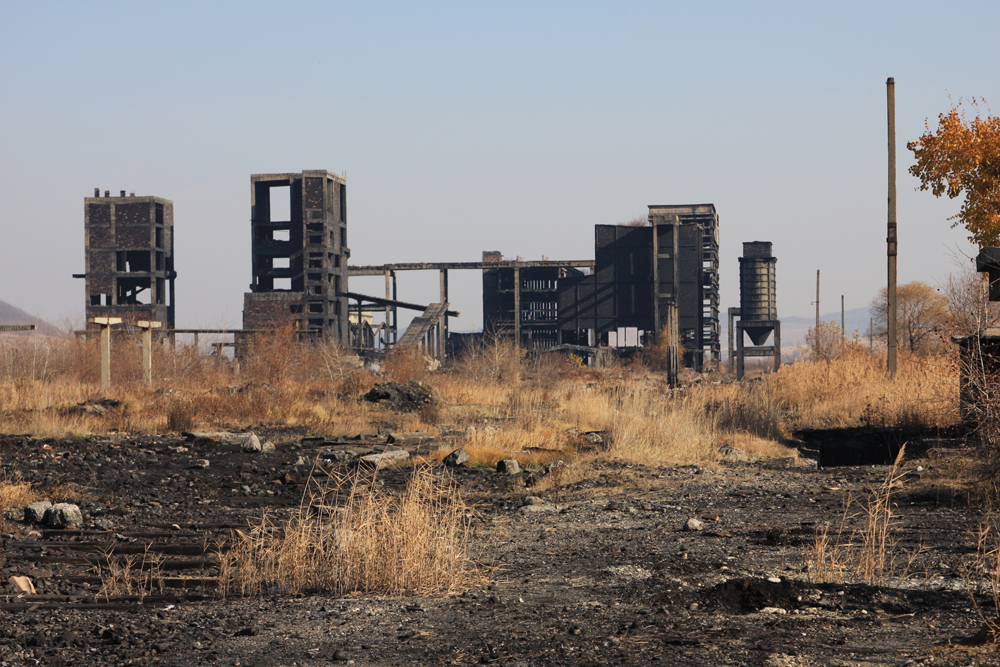 The black ruins of the former largest carbon black and non-ferrous metal plant in Europe characterise the town and the people of Copsa Mica / Romania. The remains of the factory buildings are removed by the few remaining residents and reused as building materials. The surrounding nature is dominated by polluted, heavily contaminated soils. For his installation, Stefan Alber used components which he found on the site of the industrial ruins. Disintergrated and distinctively formed chambered bricks made of graphite, presented as hybrid sculptures. The wall objects „Blinds“ (2011) consist of folded photographs of nature motifs, which have been exposed for so long that they have dissolved into a deep black.