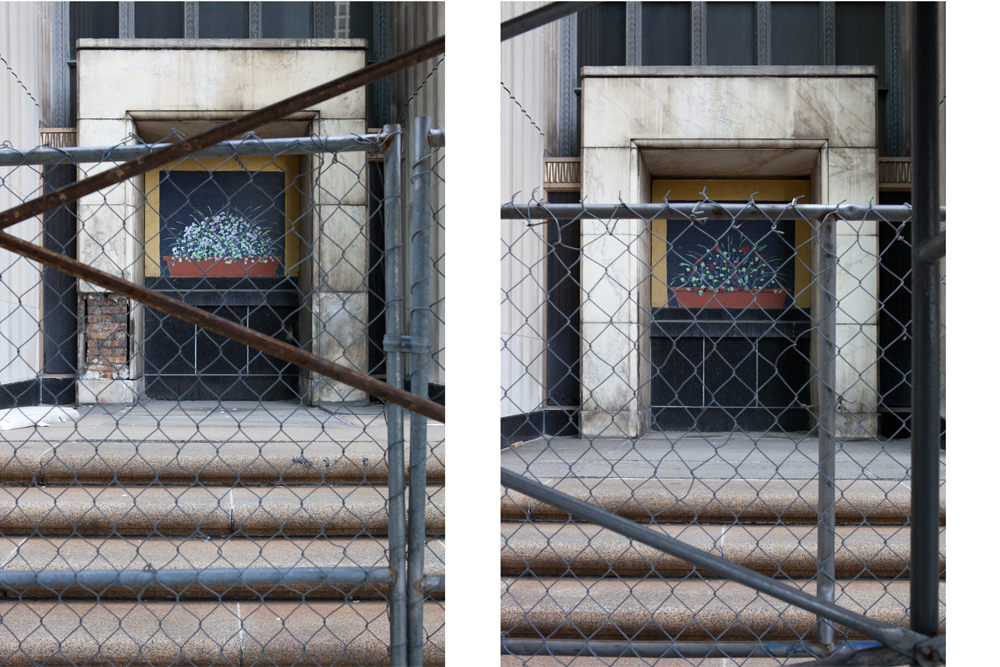 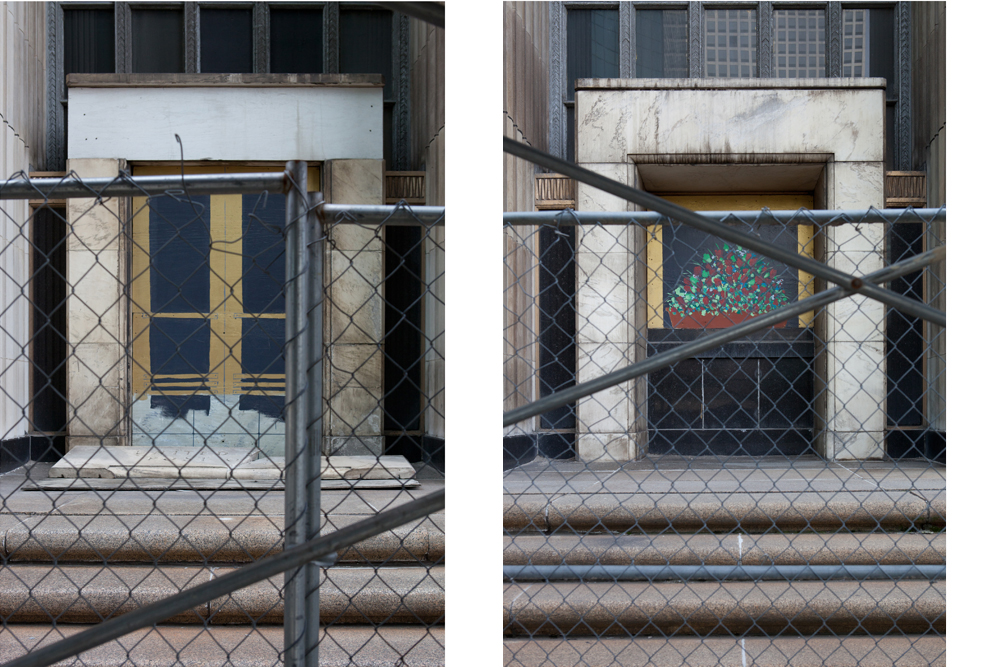 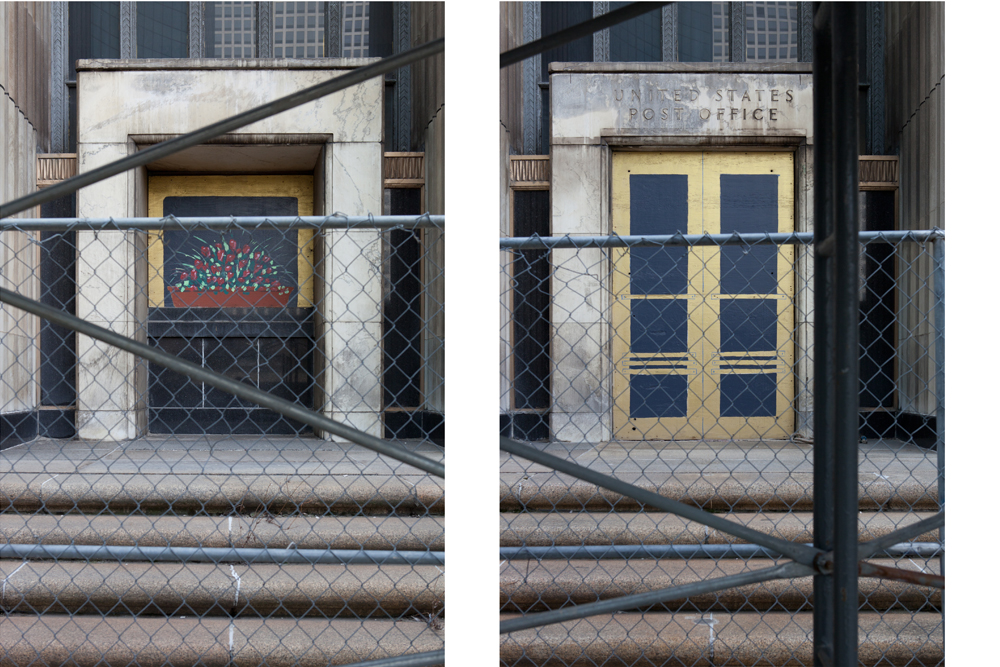 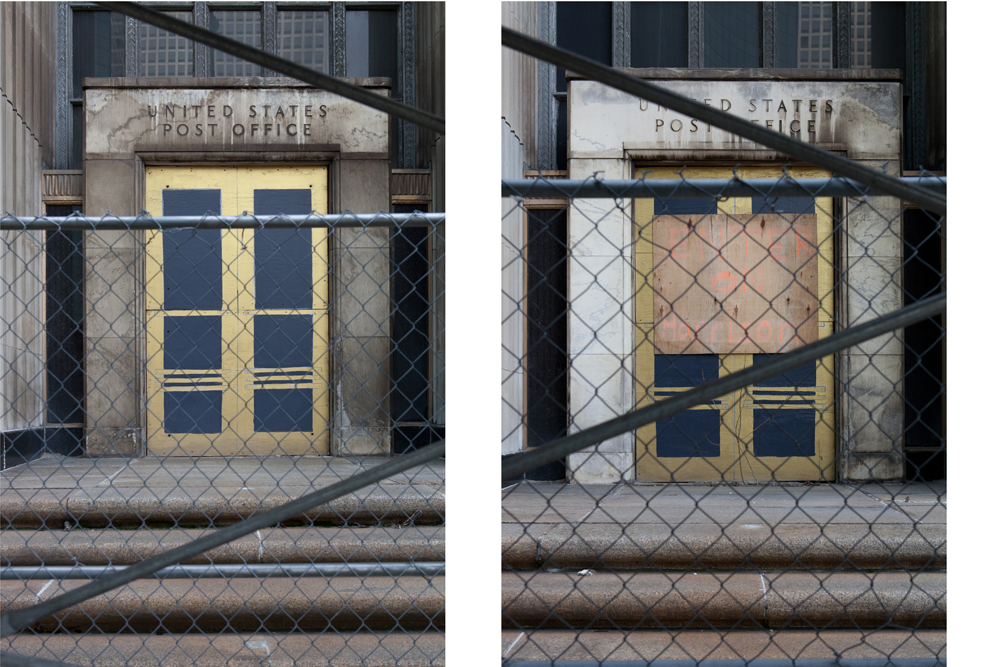 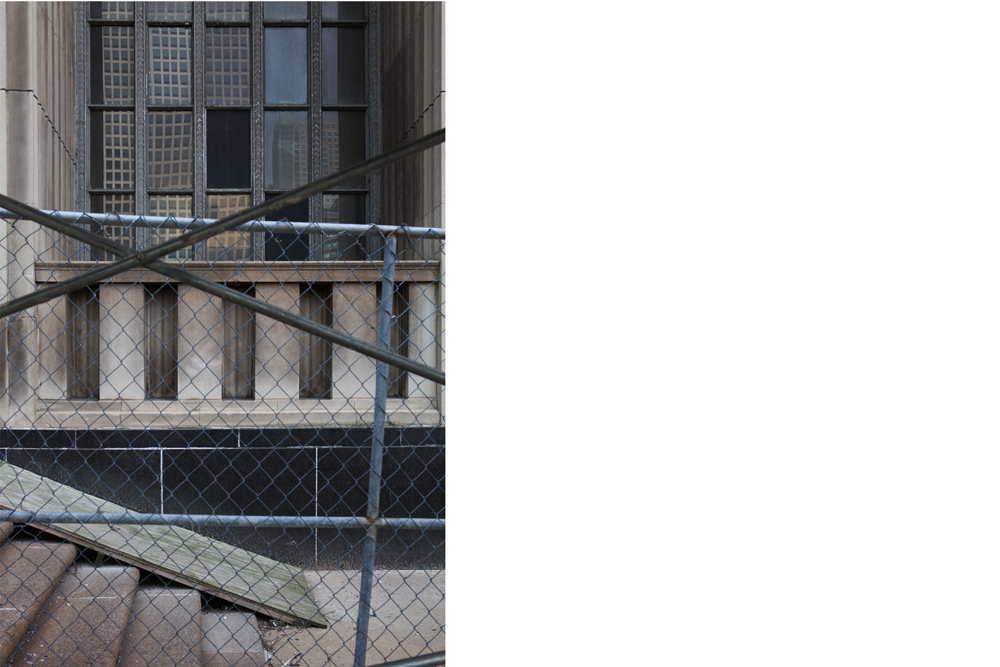 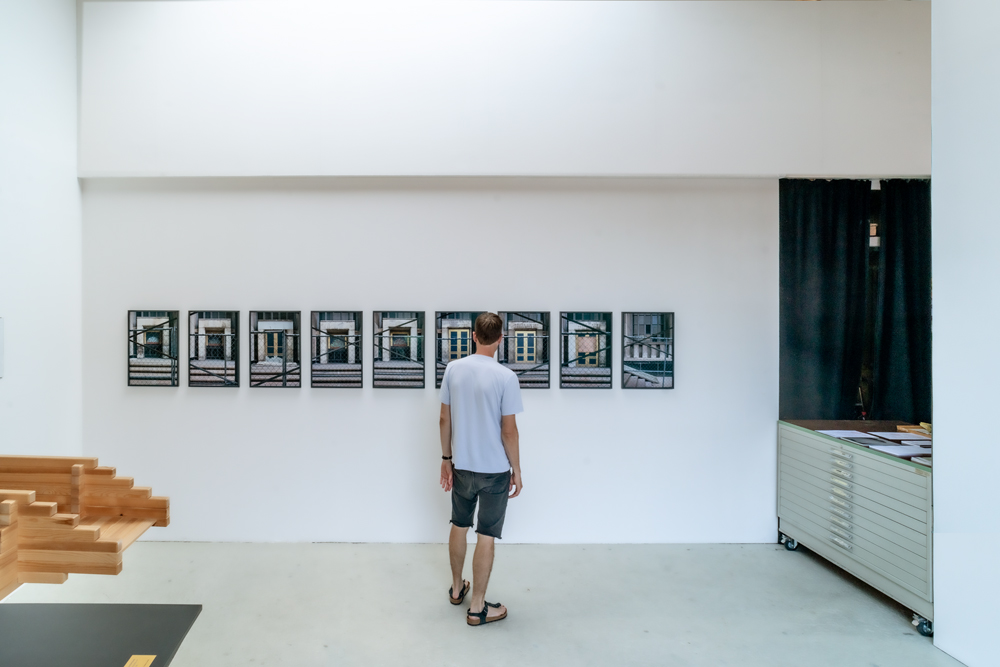 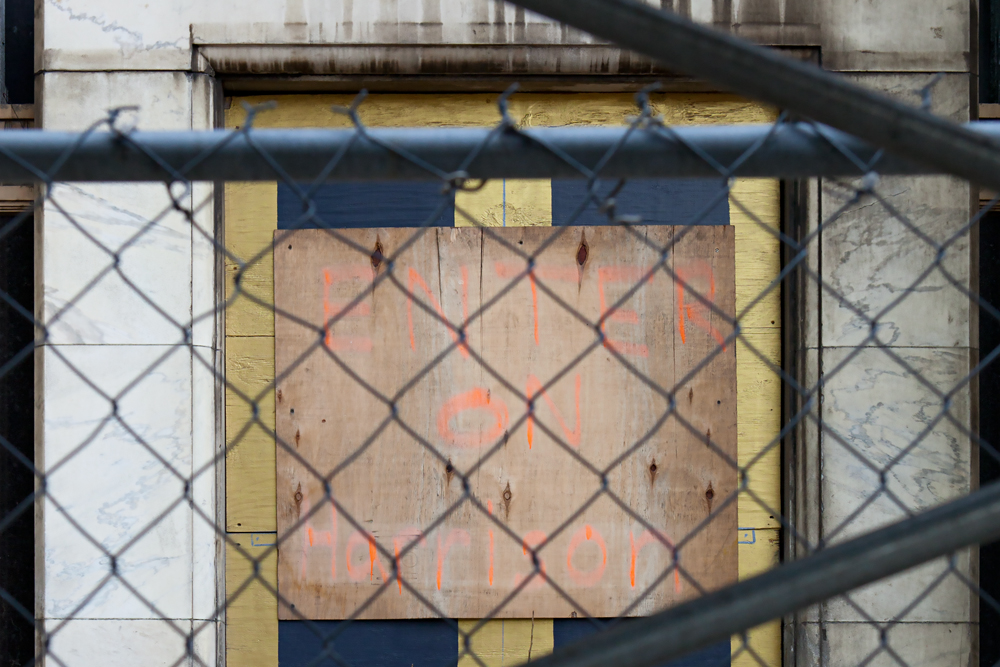 The nine-part photo work „Enter on Harrison“ (2013) shows the locked and barricaded entrances of the former „Main Post Office“ in Chicago. The individual photographs, arranged according to their own rhythm to form a horizontal picture frieze, are visually connected by the linear struts of a builders fence in the foreground. The work documents a building that is about to undergo a radical change. Plans for a new building were submitted in 2013, according to which the building would be replaced by the tallest building in the US (610 m). The lettering „Enter on Harrison“, which indicates the main entrance of the planned skyscraper, already hints at the change.