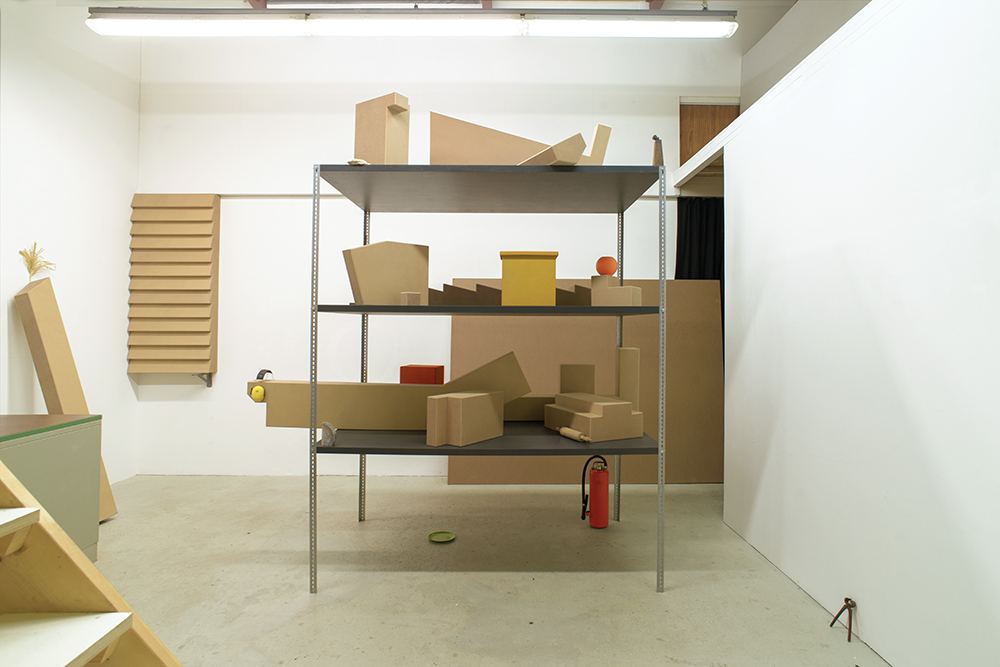 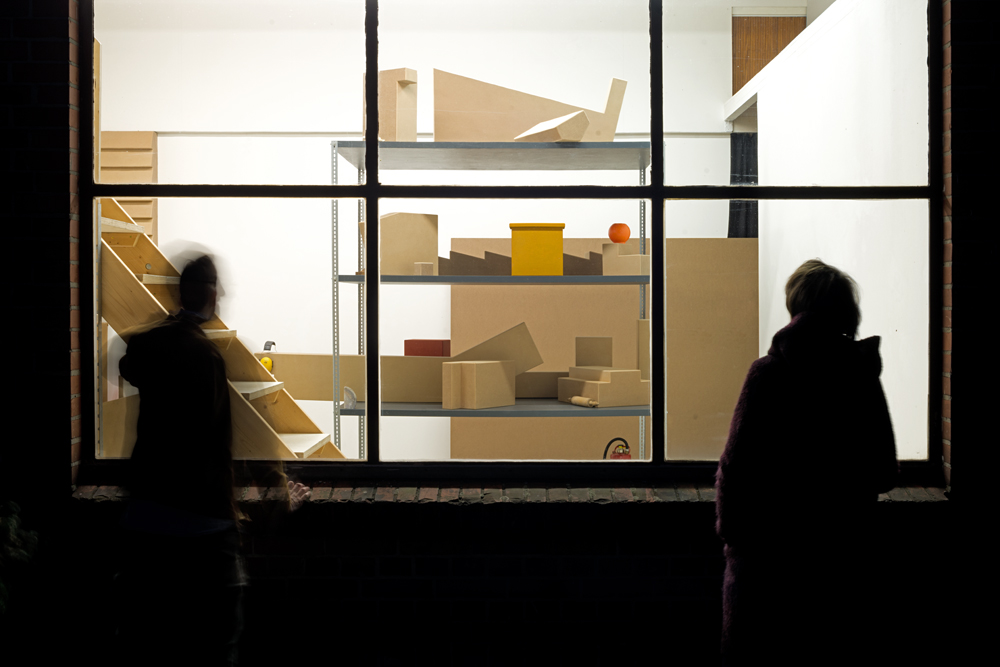 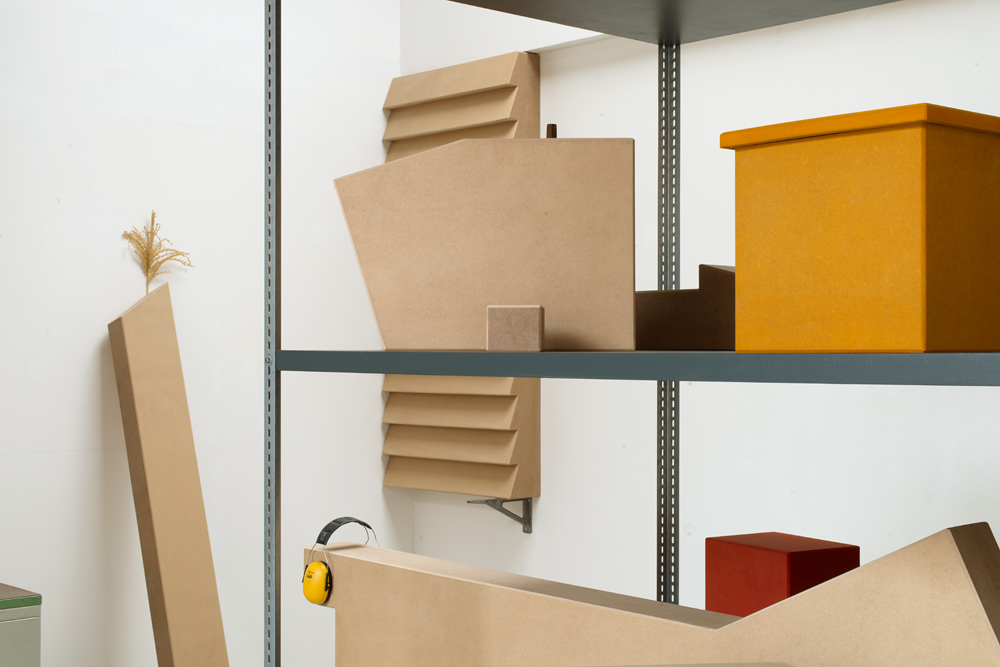 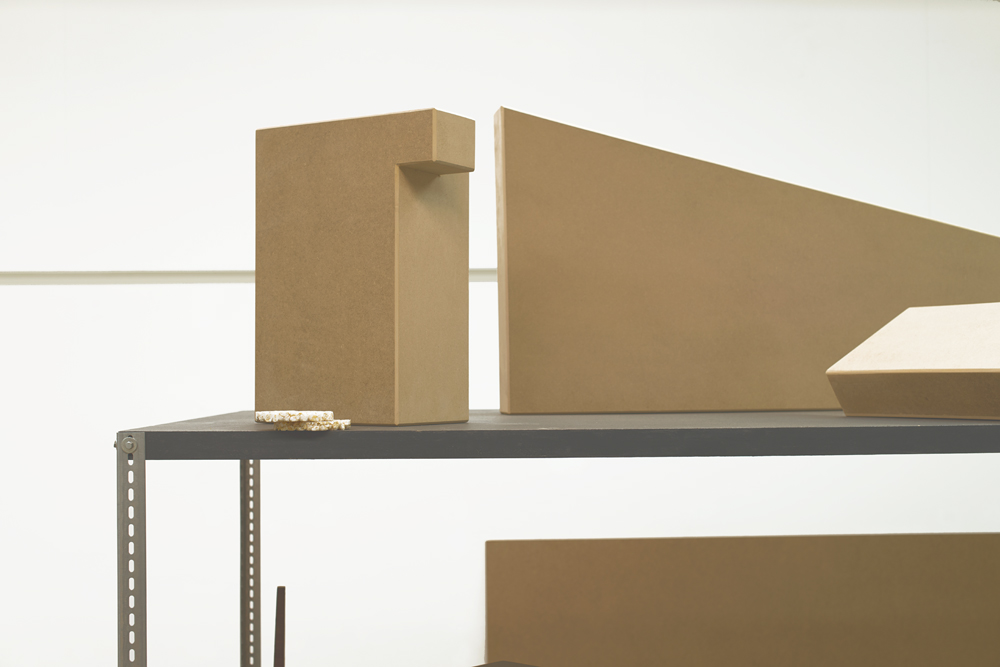 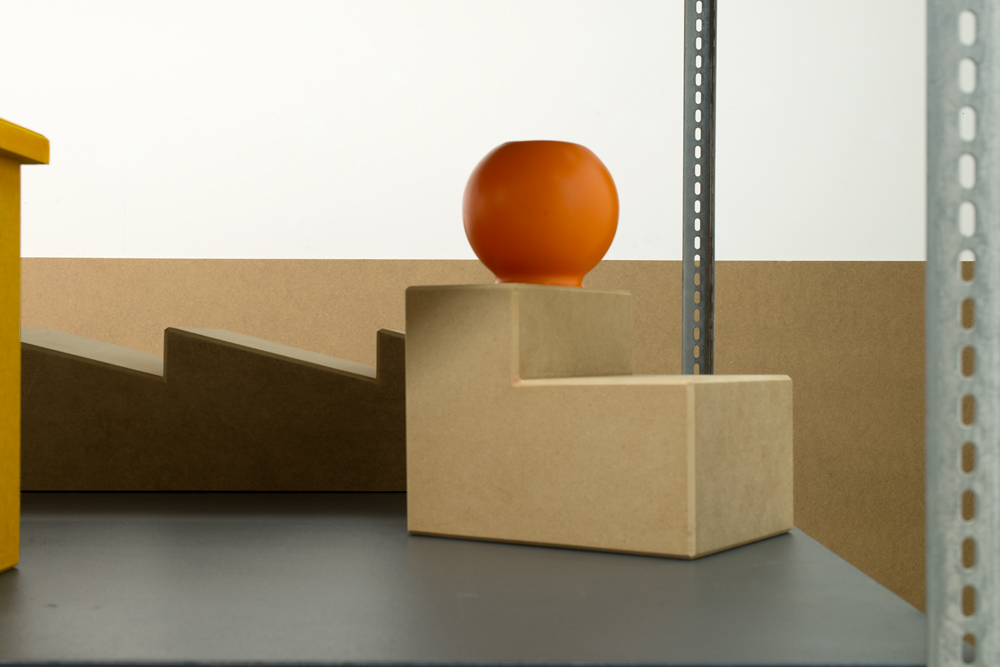 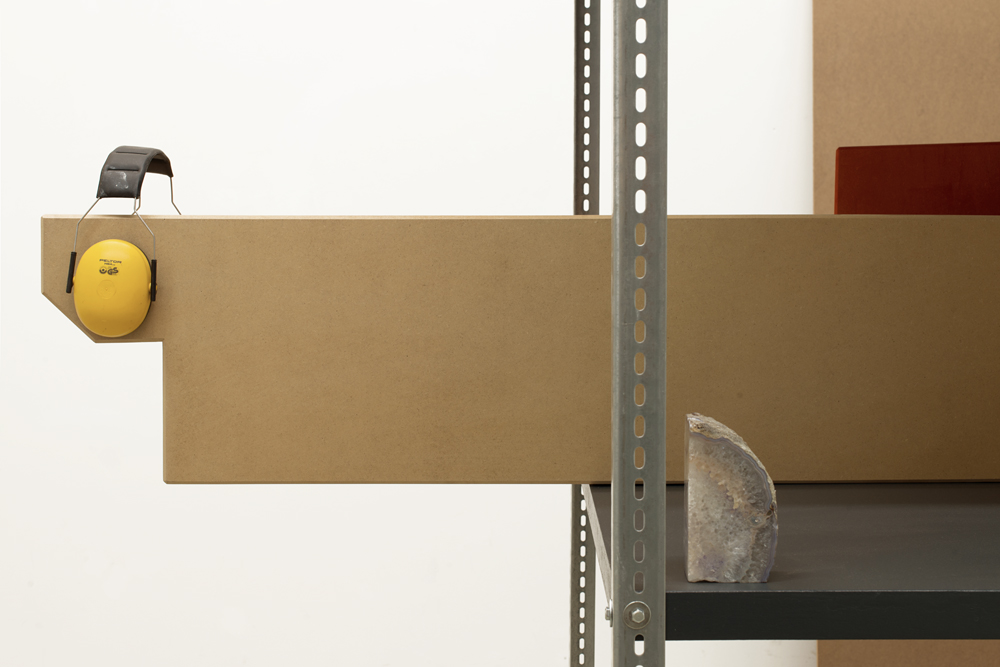 Through a window front one looks into a brightly lit studio. Contradictory to the „open studios“ with which the exhibition „Ufer Open“ was initially announced, the room remains closed and merely functions as a shop window.

Geometric shapes reminiscent of wooden blocks are stored in an oversized shelf. Further blocks lean or hang on the wall. Details such as the characteristic jagged edges of the saw-tooth roof of the Uferhallen indicate a replica of the halls. All forms can be assigned; they resemble all individual buildings of the site on a scale of 1:500.

In the same way as in a mixed-up construction kit, the two artists dissolve the overall ensemble on the shelf floors of the installation and make each block appear as an object asserting itself. Personally collected objects such as a furniture foot, a grass feather duster or a cut stone, as well as tools and every-day inventory, expand the offerings.

The installation presents the Uferhallen as a subject of speculation, thus reducing its reorientation – under exclusion of the public – to absurdity.