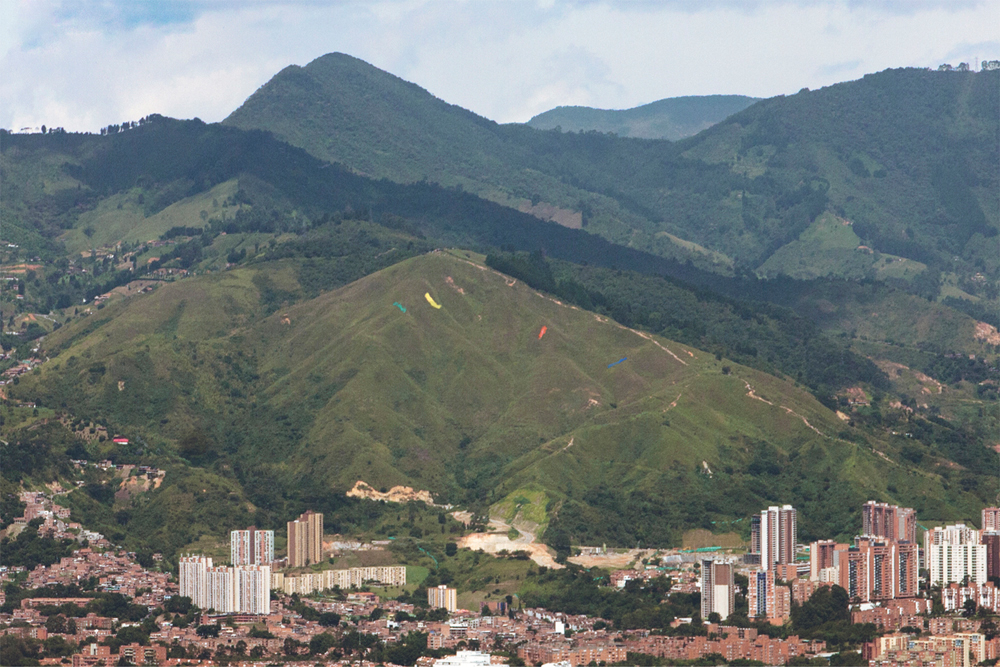 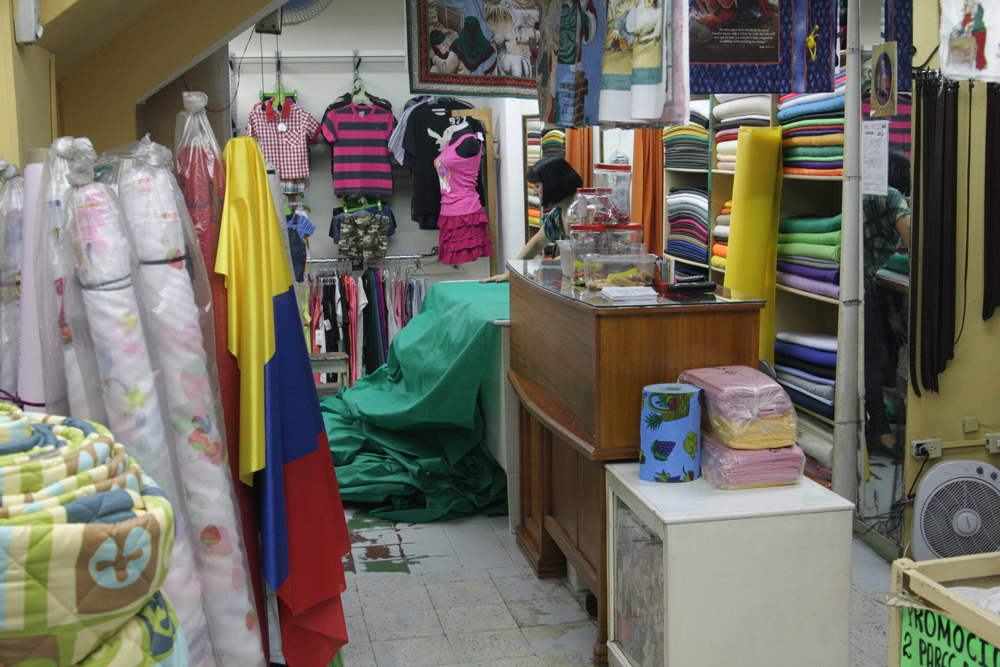 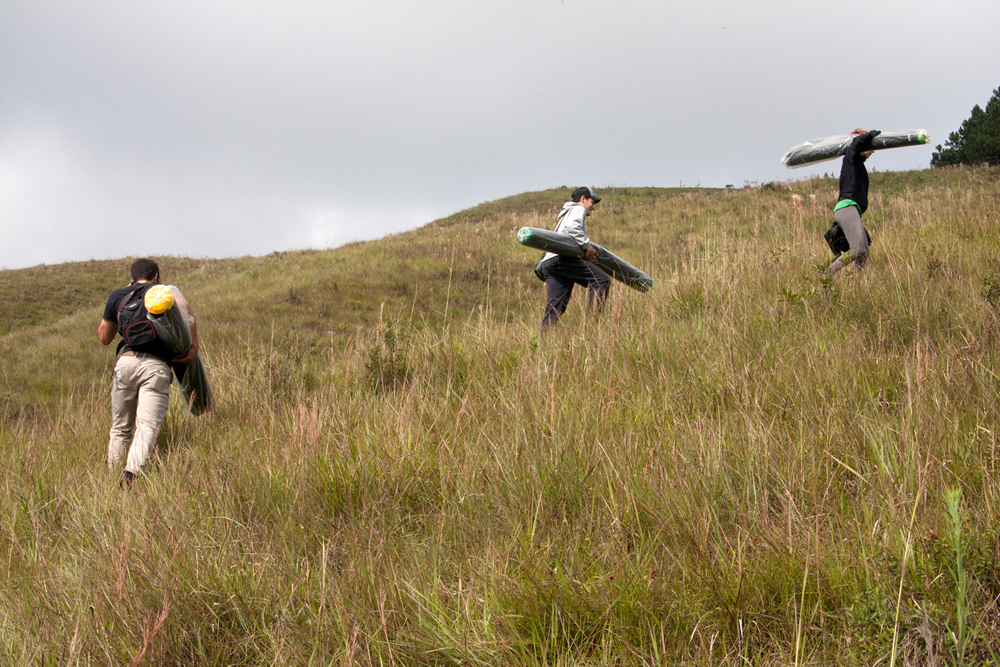 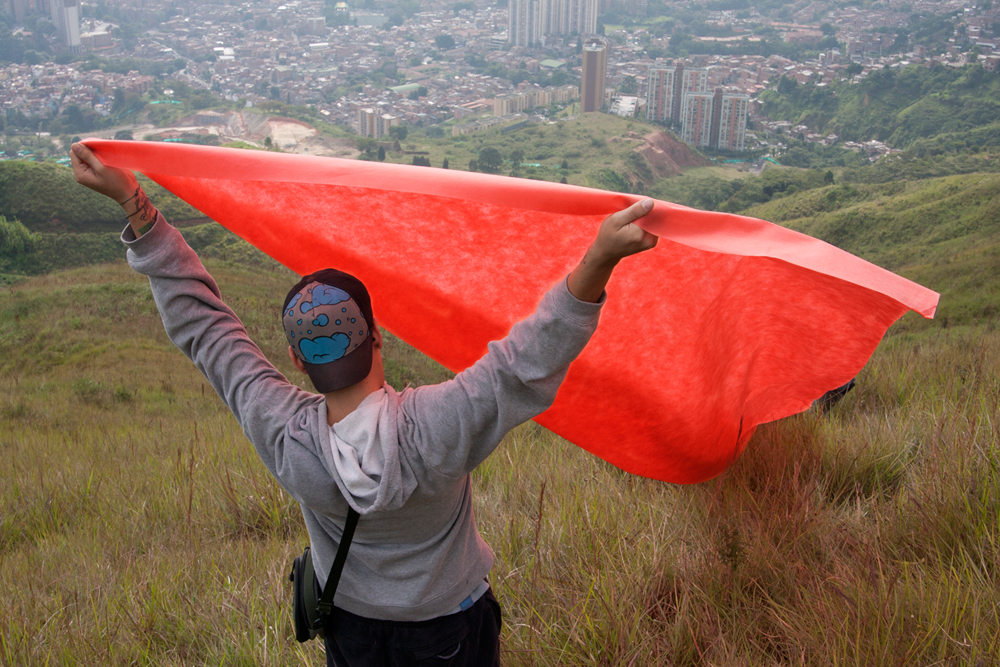 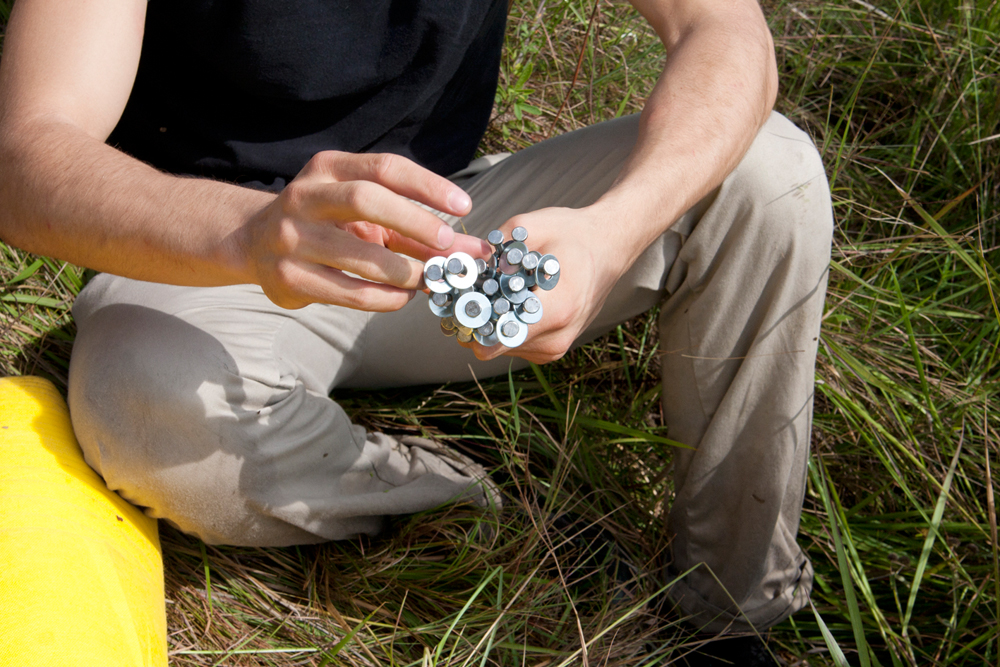 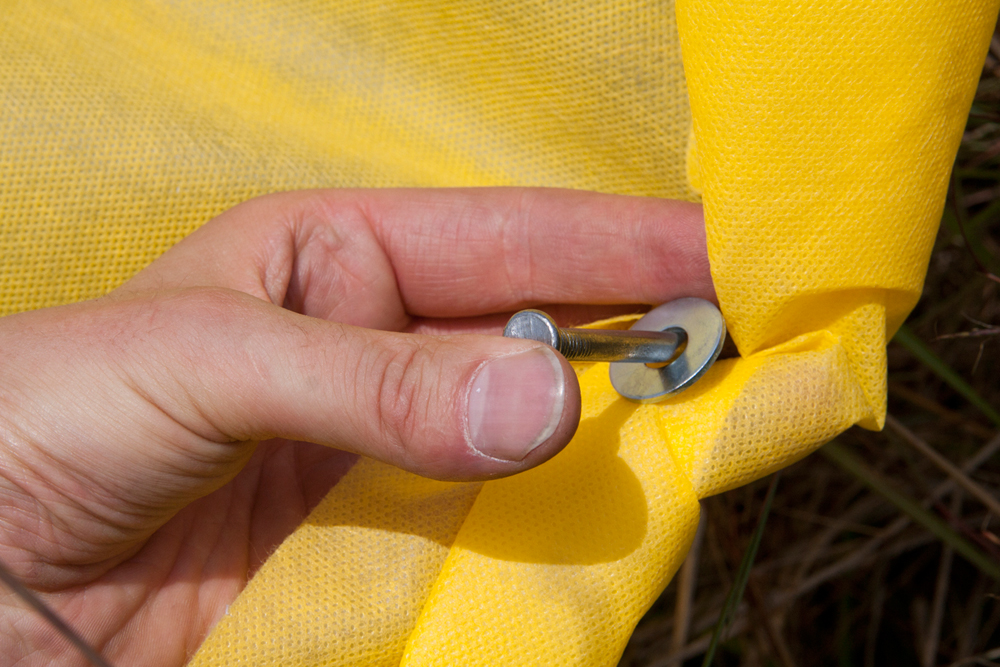 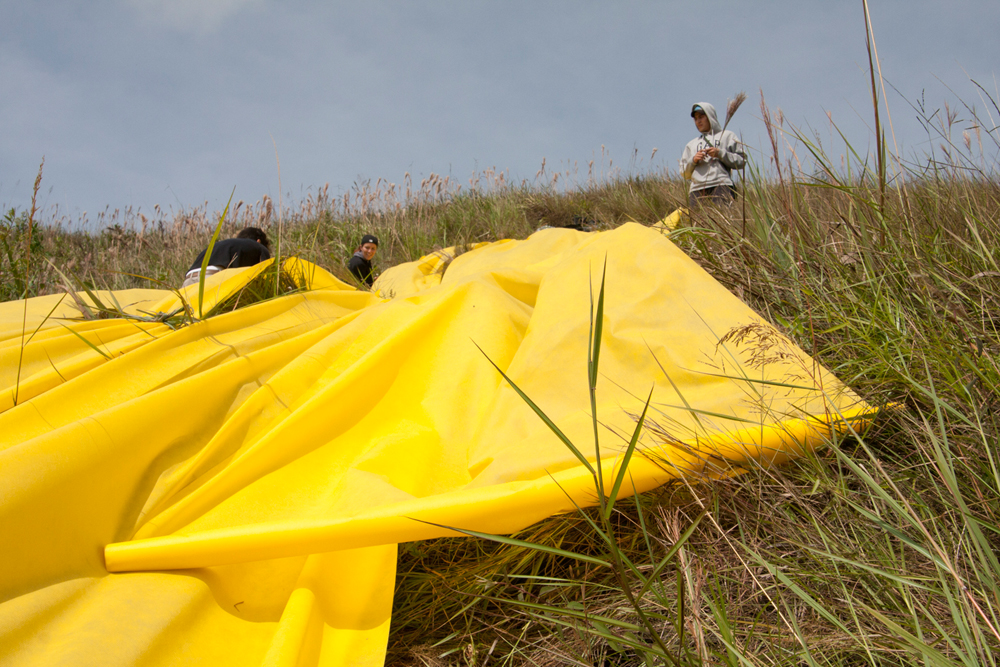 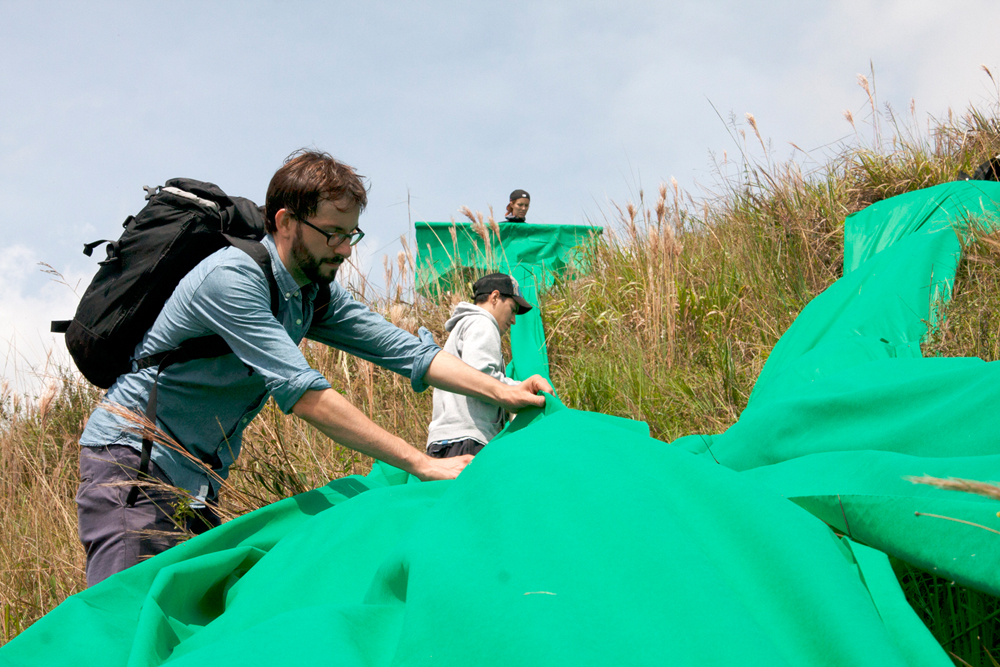 Friday August 29 made an intervention on the Cerro De Les Tres Cruces (Medellín/Colombia). Looking from the city center from Medellín at the green hill, one could see a red, green, yellow and blue eld above on the slope. From a distance those misshapen plains appeared as colorful foreign objects marking the landscape. In collaboration with students of the Fundación Universitaria Bellas Artes I put 240 running meters of monochrome fabrics to create large zones of colour.

From the very beginning of my stay in Medellín I was fascinated by the city landscape, which has organically grown within the environment of green hills. I was particularly inspired by the Favelas which created uncontrolled and complex structure along the slopes.
Some days before preparing my inervention protests of farmers and students escalated in Colombia and also the city center of Medellín. From the perspective of an observer I also wanted my art project to react on the speci c situations in the townscape. The fabrics and colors thus could also be regarded in relation to the protests.

„Model for Color Space and Dimension“ is a temporary intervention on a town- and landscape, which tends to enhance the awareness of space, color and content. The colorful plains created by the fabrics expand the existing space and at the same time generate gaps. The nal product of this project is a photography titeld „Planes on a Mountain“, taken from the hill on the opposite side of the city on the way to the airport. It ́s a documentwhich captures the intervention on a two-dimensional surface.