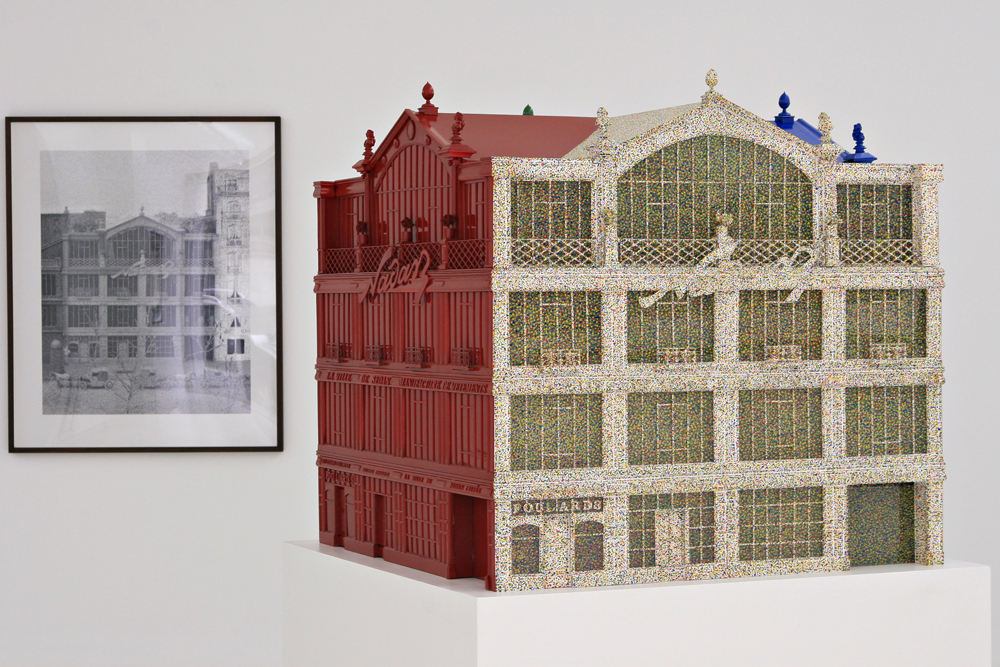 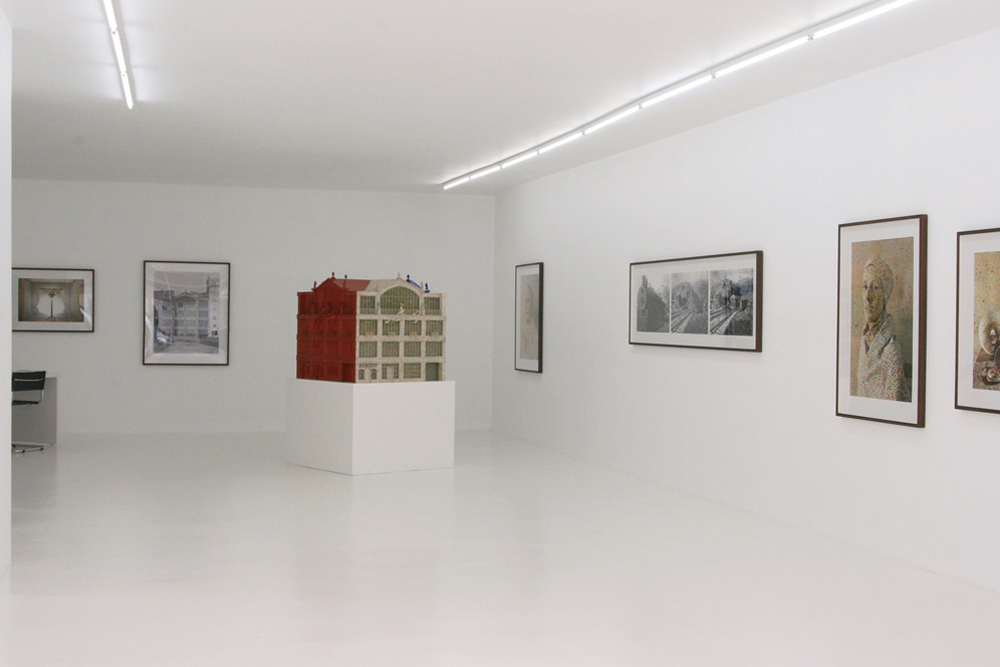 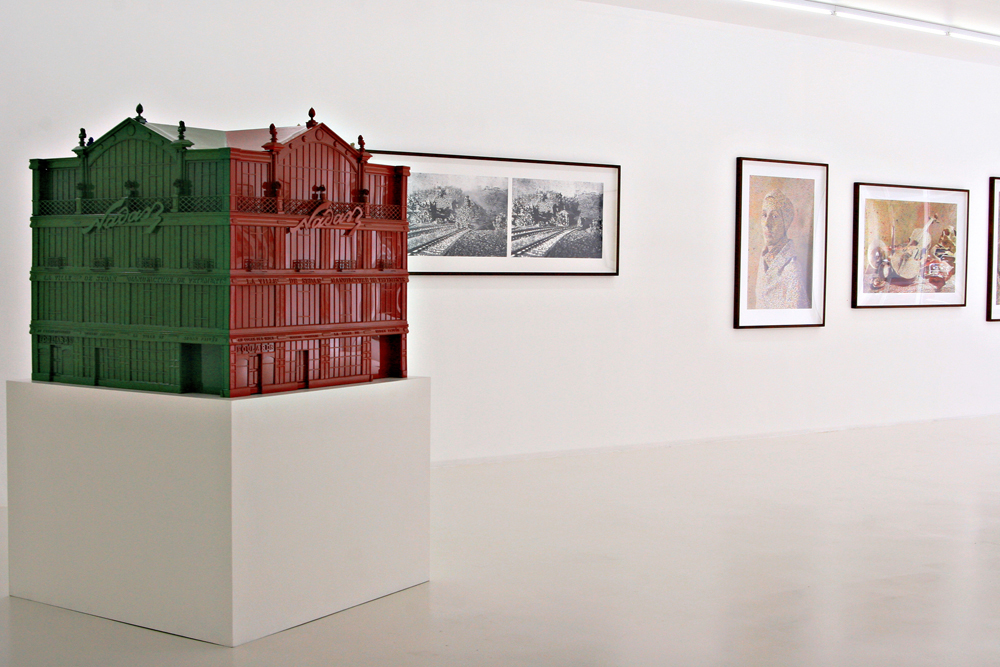 Under the exhibition title „The Meaning of Images is Magical“ – a quotation from Vilém Flusser – Stefan Alber presented two work series in 2007 that address the interpenetration of painting, sculpture and photography. For this purpose people and objects were primed white and then painted with small dots in red, blue, green and yellow. These were then placed in front of a similarly painted background and photographed. As a result, unified surfaces appear, which are however, disturbed by the three-dimensionality of the painted people, by light and shadow, sharpness and blurring. The single point is, on the one hand, a reference to the grain in the analogue or the pixel in the digital photograph, but on the other hand also reminds us of classical movements of painting, such as pointilism.

The sculpture „Atelier Nadar“ (2006) shows the replica of a house facade, which, repeated four times, becomes a building. It takes direct reference to the photography „Boulevard des Capucines“ (2006), which shows the same facade. The house depicted is the studio of the French artist Nadar; he photographed it around 1860 from the opposite side of the road. Only a few years later, in the 1870s, he organized the first exhibition of Impressionist painting in these rooms. With his sculpture, Stefan Alber reacts to the interrelationships between photography and painting and focuses on the dynamic relationship between these two media, which are always fluctuating between rivalry and complementarity.